Japanese castles were frequently constructed in strategic locations to protect important transport routes such as bridges, rivers or ports. Other Japanese castles were built to dominate a landscape and provide a final point of defence. Many Japanese castles were the basis for the development of cities, while others were located in difficult to reach mountain tops. Most Japanese castle featured
one or more moats, plus one or more sets of outer walls, then a raised platform where the inner castle buildings were protected by a series of large stone walls, turrents and donjon or tower. Japanese castles really came of age in the 14th century, reaching their peak in 17th century and by the late 19th century most were being disassembled as part of the Meiji Restoration. 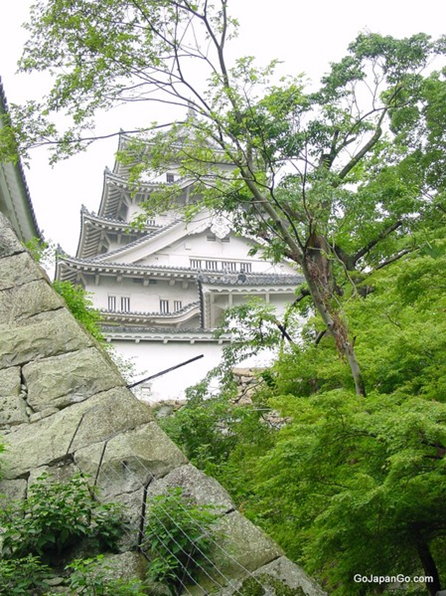 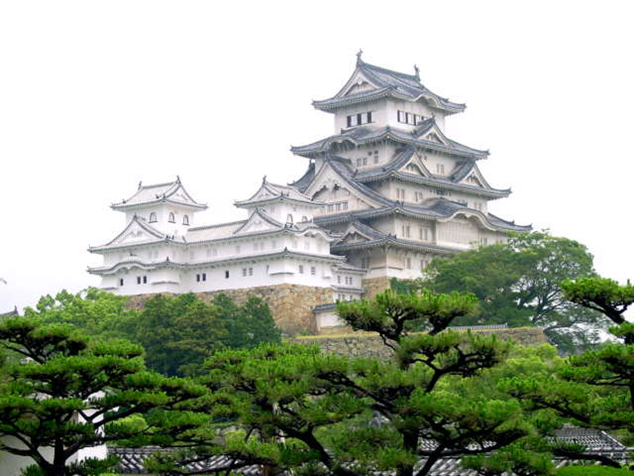 the best example of a Japanese castle as it has never been destroyed or even damaged in war. Himeji Castle was completed in 1609, but a fort existed on the site as early as 1333.Himeji Castle is a UNESCO World Heritage Site under the "Himeji-jo" listing. Himeji Castle is a flatland style Japanese castle, located in Himeji Hyogo Prefecture.
In 1333 Norimura Akamatsu, the ruler of Harima District, built a fort where the Himeji Castle now stands. ln 1346 his son, Sadanori further expanded the fort.
In the 16th century the fort was removed and a three story castle was built in its place by Hideyoshi Hasiba. This is the basic structure that is seen today. In 1601 Terumasa Ikeda started digging three moats around the castle building and completed the whole castle complex as it is in 1609. The outer moat is just north of where J.R. Himeji train station is today. After the Ikedas, Tadamasa Honda added some buildings in West Bailey. The Main Tower with the smaller towers and corridors connecting these towers have been registered as national treasures. The Cosmetic Tower, 27 'yagura', 15 gates, and 1,000 meter long earthen walls have been registered as important cultural treasures. A part of the middle moat, and the whole inner moat retained as they were In the feudal times. The area inside the middle moat has been registered as a special historical site. It is difficult in the pictures to really project how steep and imposing the structure is. The Himeji Castle is currently undergoing renovations in traditional style, and therefore parts of the complex are closed to visitors until March 2015. 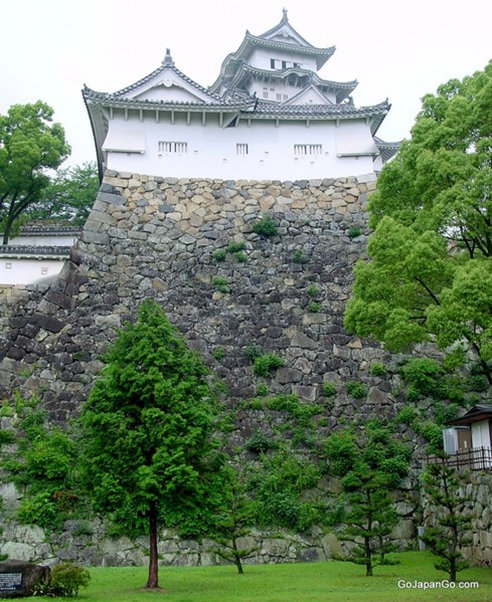