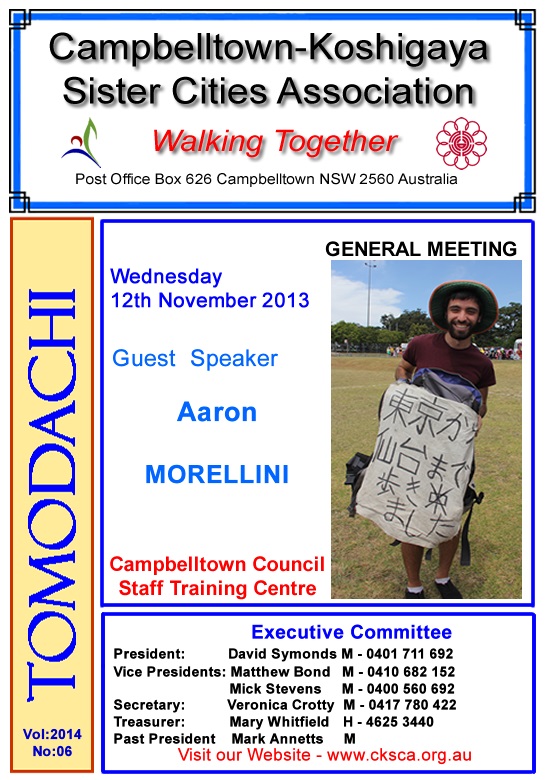 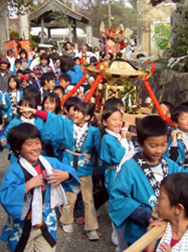 Famous in Japan for its hikiyama floats. These are carried on the shoulder like ordinary mikoshi (i.e. floats) but are topped with outlandishly decorated fish, lions, samurai helmets and other paraphernalia. They lead a boisterous, sake-fuelled parade around the castle town of Karatsu. Karatsu is on the western coast of Kyushu, south of Fukuoka. 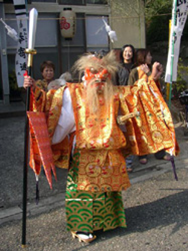 largest autumn festival in Southern Kyushu, you will be treated to a street parade of no less than 22,000 dancers. Attracts crowds of over 600,000.

Men wearing striking masks or dressed as lions, run around the crowded streets looking for children to 'thrash' with bamboo whisks. Legend has it that children 'beaten' in this way will be safe from illness for the coming year. 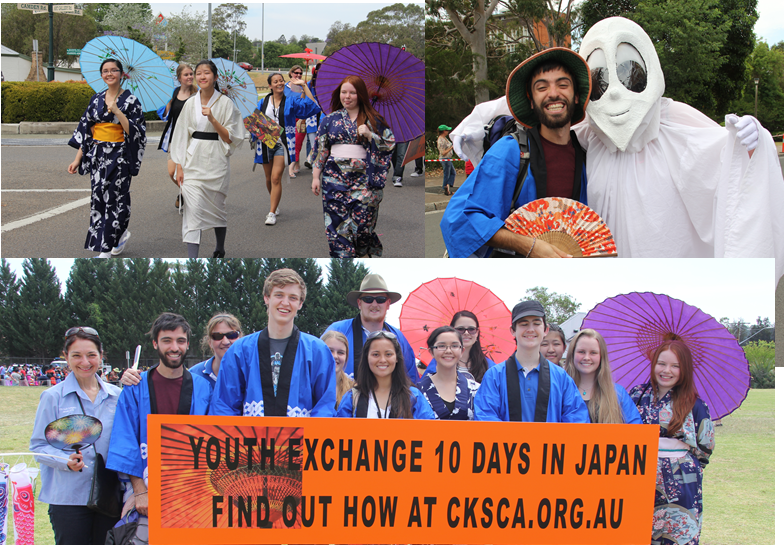 Many thanks to the members and students who represented our Association in the Fisher’s Ghost Festival Parade on Saturday, 2nd November 2013. It was a great day, and it appeared to me we were very popular as we walked down Queen Street. 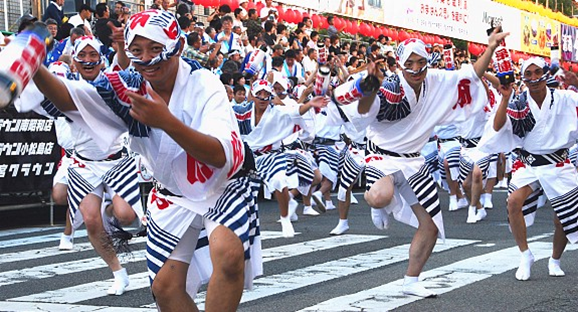 There are countless local festivals (matsuri) in Japan because almost every shrine celebrates one of its own. Most festivals are held

annually and celebrate the shrine's deity or a seasonal or historical event. Some festival are held over several days. 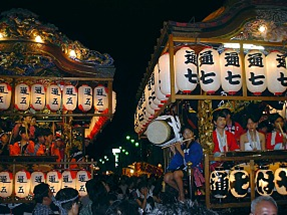 An important element of Japanese festivals are processions, in which the local shrine's kami

(Shinto deity) is carried through the town in mikoshi (palanquins). It is the only time of the year when the kami leaves the shrine to be carried around town.

Many festivals also feature decorated floats (dashi), which are pulled through the town, accompanied by drum and flute music by the people sitting on the floats. Every festival has its own characteristics. While some festivals are calm and meditative, many are energetic and noisy. 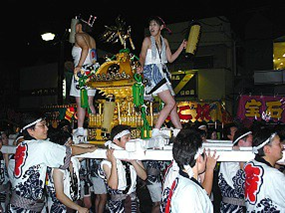