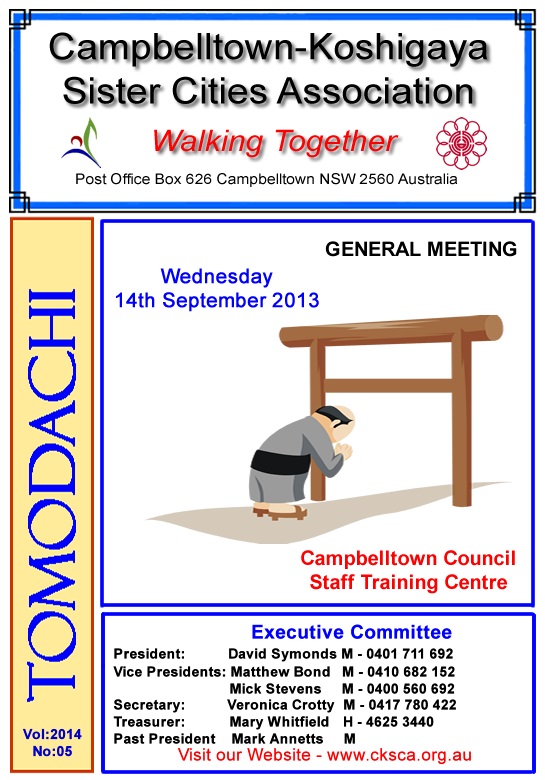 Cormorant Fishing Minato-machi , Gifu Prefecture Ukai is a traditional method of catching small Japanese trout by manipulating seadbirds called U (cormorants) in the Nagaragawa River, famous for its limpid stream. 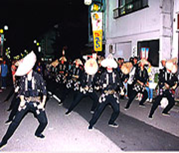 A traditional folk event to appease the wind and pray for a bountiful crop. 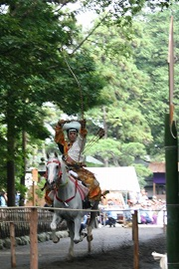 The Reitaisai of the 800 year old Tsurugaoka Hachiman Shrine. Yabusame, a Shinto ritual of shooting arrows on horseback is famous worldwide. 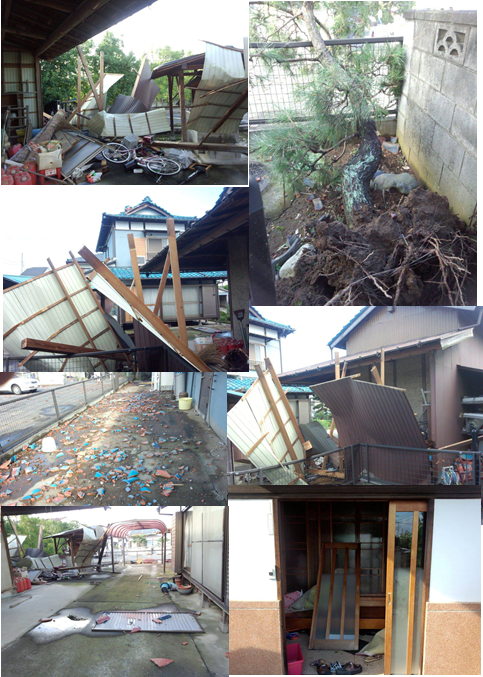 A tornado ripped through parts of Campbelltown’s sister city on Monday 2nd September, injuring several dozen people, tearing off roofs and uprooting buildings. TV footage of Koshigaya, north of Tokyo, Japan, has shown homes destoryed , upturned cars and schools with shattered windows.
ABC Online has reported 63 people were injured and about 110 houses were totally destroyed or partly damaged. An AFP journalist in the city saw roof tiles scattered all over the streets, with locals outside inspecting the battered homes and emergency vehicles at the scene. Some electricity poles had been snapped and a number of them had hit houses as they fell, worsening the damage. The electricity supply was cut to about 33,000 households.
A Koshigaya spokesperson reported no host family selected to host members of the 28th Delegation from Campbelltown were affected by the tornado.

THE HISTORY OF KIMINO 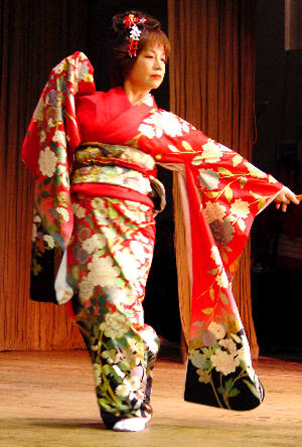 Originally, "kimono" was the Japanese word for clothing. But in more recent years, the word has been used to refer specifically to traditional Japanese clothing. Kimonos as we know them today came into being during the Heian period (794-1192). From the Nara period (710-794) until then, Japanese people typically wore either ensembles consisting of separate upper and lower garments (trousers or skirts), or one-piece garments. But in the Heian period, a new kimono-making technique was developed. Known as the straight-line-cut method, it   involved cutting pieces of fabric in straight lines and sewing them together. With this technique, kimono makers did not have to concern themselves with the shape of the wearer's body. Straight-line-cut kimonos offered many advantages. They were easy to fold. They were also suitable for all weather: They could be worn in layers to provide warmth in winter, and kimonos made of breathable fabric such as linen were comfortable in summer. These       advantages helped kimonos become part of Japanese people's everyday lives. Over time, as the practice of wearing kimonos in layers came into fashion, Japanese people began paying attention to how kimonos of different colours looked together, and they developed a heightened sensitivity to colour. Typically, colour combinations represented either seasonal colours or the political class to which one belonged. It was during this time that what we now think of as traditional Japanese colour combinations developed.

During the Kamakura period (1192-1338) and the Muromachi period (1338-1573), both men and women wore brightly colours kimonos. Warriors dressed in colours representing their leaders, and sometimes the battlefield was as gaudy as a fashion show.

During the Edo period (1603-1868), the Tokugawa warrior clan ruled over Japan. The country was divided up into feudal domains ruled by lords. The samurais of each domain wore identified by the colours and patterns of their "uniforms." They consisted of three parts: a kimono; a sleeveless garment known as a kamishimo worn over the kimono; and a hakama, a trouser-like split skirt. The kamishimo was made of linen, starched to make the   shoulders stand out. With so many samurai clothes to make, kimono makers got better and better at their craft, and kimono making grew into an art form. Kimonos became more valuable, and parents handed them down to their children as family heirlooms.
During the Meiji period (1868-1912), Japan was heavily influenced by foreign cultures. The government encouraged people to adopt Western clothing and habits. Government officials and military personnel were required by law to wear Western clothing for official functions. (That law is no longer in effect today.) For ordinary citizens, wearing kimonos on formal occasions were required to use garments decorated with the wearer's family crest, which identified his or her family background.

Nowadays, Japanese people rarely wear kimonos in everyday life, reserving them for such occasions as weddings, funerals, tea ceremonies, or other special events, such as summer festivals.