Featuring Broome, a sea-port in Western Australia and AMA, the ‘Sea Daughters’ of Japan 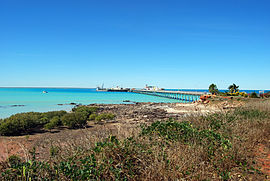 Broome, (Western Australia). In 1861 the oyster Pinctada maxima appeared in Roebuck Bay, Broome. Subsequent study of this oyster soon proved it to have the largest pearl shell in the world. At this time the most valuable part of the oyster was its shell, the inside of which came to be commonly known as ‘Mother of Pearl’.  This material was quickly in high demand worldwide for the manufacture of buttons and several other widely used products. At this stage of the industry, pearls were not regularly found and were regarded as a sort of by-product. Very soon approx. 75% of the worlds’ supply of ‘Mother of Pearl’ (not pearls) came from the Broome area.

Broome’s relationship with the great ocean peaked again in 1889 when a submarine cable was laid through Broome and not Darwin as expected.

A Customs House, Police Station, Hospital and Goal soon followed the construction of a deep-water jetty in 1897.

By the early 1900’s a fleet of around 400 pearl luggers developed a strong social and commercial relationship with the now thriving town which at this time accommodated a population of some 1000 Europeans and 3000 Filipinos, Malays, Japanese, other people of South-east Asian origin and indigenous Australians. The Japanese female pearl divers were regarded as the best of all the divers in this group. A reputation based on their high productivity. 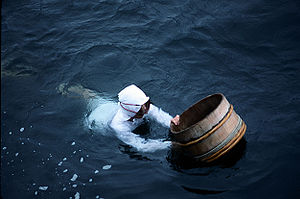 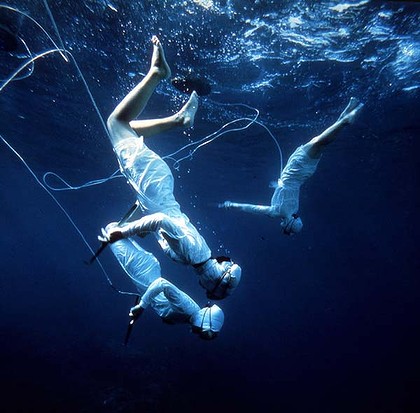 Ama, (Traditional Divers of Japan) In English, the Japanese word “Ama” means “Sea-Woman” or “Sea-Daughter”. The history of the Ama divers goes back at least 1000 years, perhaps 2000 or more. Originally from the south-eastern coast of Honshu they were the daughters and wives of fishermen and made strong contributions to the family by diving for food (seaweed, shellfish, etc.) Japanese women today are still considered to be better divers than men because they can hold their breath longer and are not affected as much by colder temperatures. Free-diving Ama routinely dived to a depth of 10m (often to 30m) and were able to stay under water for as long as 3 mins.

Despite the devastation of 2 World Wars, the pearling industry in Australia survived mainly due to the great advances in cultured pearl production. Sadly this saw the end of the ‘Sea Daughters’ era.

The amazing skills of the Ama were not necessary for the simple harvesting techniques needed to collect cultured pearls.

Ama divers these days are mostly involved in the tourist industry – demonstrating their diving prowess in a much safer way.

Note#1 - ‘The bends’
Diving is dangerous:  Pearl divers had to deal with storms at sea, shark attacks and….. ‘the Bends’ (also referred to as ‘Decompression Sickness’, ‘Rapture of the Deep’ and, more accurately, ‘Caisson Disease’), a situation occurring when rapid decompression from quick surface ascent causes nitrogen bubbles to form in the bloodstream (Nitrogen narcosis). This condition can often cause pain severe enough to make the bending of joints extremely difficult. Fatigue, stroke and even death may result.

Note#2 – The Japanese Cemetery, Broome
A sad legacy left by Japanese pearlers is the Japanese Cemetery at Broome, the last resting place of some 900 Japanese sailors and divers who between 1882 and 1935 lost their lives working in the Australian pearling industry.

Note#3 – Natural Pearls/Cultured Pearls
The making of a natural pearl starts when the oyster accidentaly ingests a foreign body e.g. sand, shell or dirt of some kind. Reacting to this intrusion the oyster begins to cover this intruder with nacre, pearl shell (mother-of-pearl) that lines the inside of the oyster. Eventually this re-action produces a pearl inside the oyster. 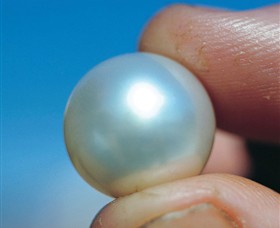 Cultured pearls are produced more or less the same way that natural pearls are except that the human pearl farmer or harvester is the one that starts the process, opening a small area in the exterior of the oysters’ shell and manually introducing the foreign material into the body of the oyster. This causes it to begin the natural sequence of self-protection from the introduced irritant which culminates in the production of a pearl. A pearl processed in this manner is still considered to be a natural pearl and although it will take around 2-6 years development before it is ready to harvest it is a much more profitable method than the haphazard and dangerous methods used in earlier times.